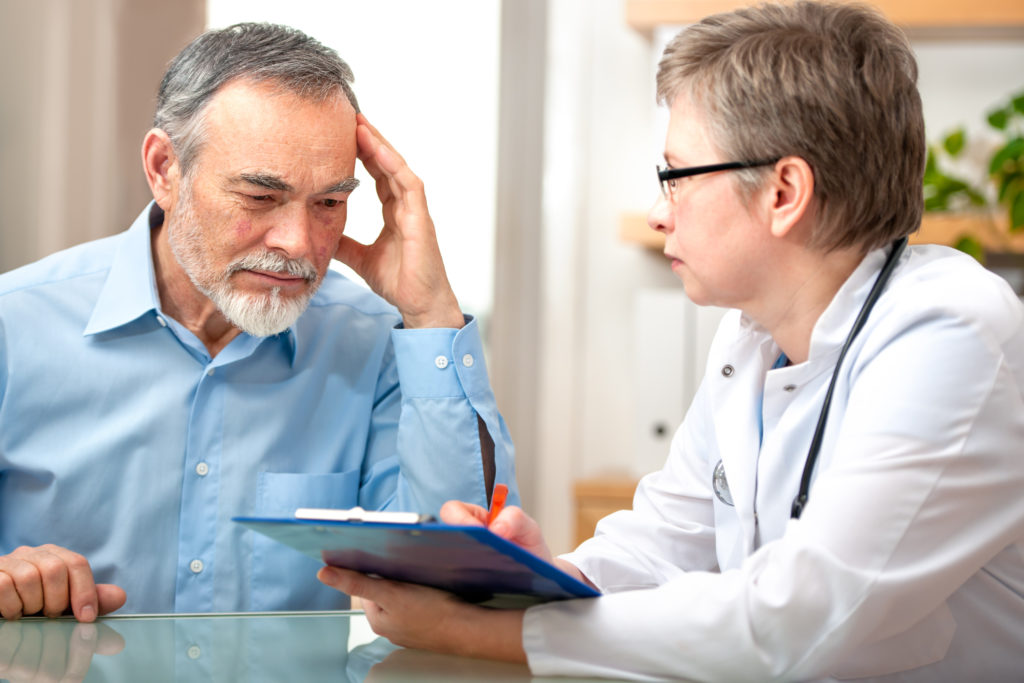 At SleepRight McKinney, we want every patient to enjoy the quality sleep they deserve. For patients dealing with obstructive sleep apnea, feeling fully rested and refreshed after getting a night’s sleep can feel like a challenge.

“Since tau accumulation is the hallmark of Alzheimer’s disease and increase in tau raises concern that sleep apnea could make patients with sleep apnea more vulnerable to Alzheimer’s,” wrote the research team.

This latest study further helps to validate previous research that found sleep apnea as a potential risk factor for dementia.

Results of the study were presented at the annual meeting of the American Academy of Neurology.

Expanding on the Connection

As part of their study, researchers examined 288 participants 65 and older who had no problems with either their memory or ability to clearly think. Each study participant underwent brain scans to look for tau tangles in the area of the brain linked to memory and the perception of time. This part of the brain, located in the frontal lobe, is far more likely to develop tangles when compared to other areas of the brain.

Additionally, researchers asked the participants’ bed partners if they ever noticed them experiencing sleep apnea – 43 participants were identify as dealing with apnea.

After examining the brain scans of those participants, researchers discovered they had nearly 5 percent more tau when compared to the participants without sleep apnea. The results of the study remained true even after researchers took into account known risk factors, such as sex, age and cardiovascular risk.

Researchers did caution that their study was limited in scope. Not only were a small number of participants examined as part of the study, researchers did not conduct any kind of sleep tests to independently confirm whether the participants did indeed have sleep apnea.

Help to Lower Your Risk

While more study is needed to determine whether treating sleep apnea could help to prevent tau buildup and reduce dementia risk, researchers urged that patients with undiagnosed sleep apnea need to receive treatment.

“People who have apneas during sleep should seek medical attention to confirm the diagnosis of sleep apnea and treat it, if indicated,” wrote researchers.

The results of this study do help to reinforce additional research that has found sleep disturbances increase the risk for cognitive impairment. Even though the connection between sleep and dementia remains unclear, researchers hypothesize that the decrease in oxygen the brain receives during rest as a result of apnea could cause the brain additional stress. Nightly sleep disturbance could also alter the body’s circadian rhythms.

Whatever the mechanism behind this connection, researcher urge patients who suspect they may suffer from sleep apnea to undergo a sleep test to determine whether they have the condition. For patients diagnosed with sleep apnea, quick treatment is often recommended.